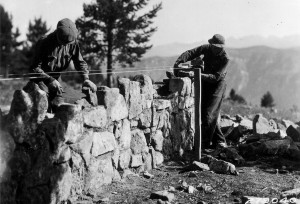 In the midst of the Great Depression, thousands of out-of-work young men from across the country found jobs in Colorado in the Civilian Conservation Corps. The government relief program hired laborers to build roads, cut trails and raise buildings on public lands throughout the United States. Nearly eighty years later, their work can still be seen in some of the most popular trails and landmarks on the White River National Forest. Now, some of those sites are getting a little extra protection to preserve their legacy into the future. END_OF_DOCUMENT_TOKEN_TO_BE_REPLACED

The Barber Farm in Rowan County, N.C., has been handed down in the family from generation to generation since it was settled in 1794. In those two centuries, it’s always been a farm, and even as industrial development spreads across the landscape around it, it always will be a farm. END_OF_DOCUMENT_TOKEN_TO_BE_REPLACED 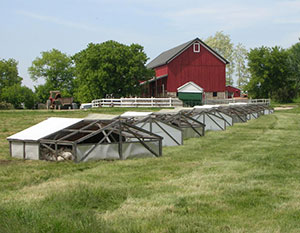 To boosters, it’s almost a magical elixir for the world’s energy woes. To opponents, it’s more akin to snake oil. Even more than most other fossil fuels, oil shale meets with a sharply divided reaction, and after two weeks of public hearings across Utah, Wyoming and Colorado, federal officials have received an earful from both sides.

But beyond the bluster, those in the middle feel left in a vacuum of straight talk. END_OF_DOCUMENT_TOKEN_TO_BE_REPLACED 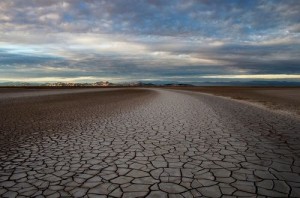 From the rim of the Grand Canyon, the Colorado River below seems both meek and mighty. It looks like a tiny band of water barely visible below millions of years of rock, but it was this river, blasting through fierce rapids with dirt and debris, that carved through a mile of rock like a diamond saw. END_OF_DOCUMENT_TOKEN_TO_BE_REPLACED 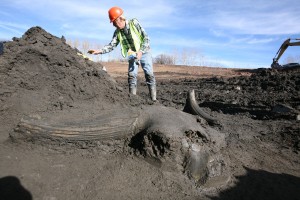 Scientists digging into the peat below Ziegler Reservoir at Snowmass Village, Colorado, found something like an Ice Age zoo last fall. Now, as they prepare to start digging again next month, they also have a puzzle.

Researchers are hunched over in labs piecing together fragments of mastodon skulls and ancient deer antlers. But scientists are also piecing together bigger questions. When did these animals die? Why there? And more importantly, what can they tell us about climate change – then and now? END_OF_DOCUMENT_TOKEN_TO_BE_REPLACED