Tea for Tulips, Moo for Tea 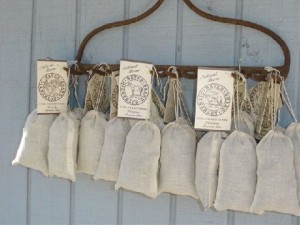 Annie Haven’s family farm in San Juan Capistrano, Calif., has been many things over four generations. It began as a seed farm, supplying some of the biggest seed catalogs in the business. It’s raised thousands of hogs, and supplied beef to some of the biggest stars of Hollywood’s Golden Age. It’s still a cattle farm, but its main product isn’t beef. It’s tea. Well, tea for tulips and tomatoes, at least.

Haven scoops up the manure, processes it, bags it and sells it to gardeners across the country as Authentic Haven Brand Natural Brew soil conditioner tea, a concoction meant to augment the soil and help garden crops and house plants absorb nutrients and build stronger root systems. Her repeat customers, from dedicated rose gardeners to Manhattanites growing containers of salad fixings, swear by the tea, (they call themselves the Moo Poo Crew), helping transform one of the less appetizing byproducts of cattle farming into a cash crop.

“There’s a saying that’s always been in my family: ‘It’s all about the soil,’” Haven says.

Since her great-grandfather Edwin Haven started the farm back in 1853, it’s always been organic, she says. Even after World War II, when farmers across the country were turning to pesticides and herbicides, and ranchers began relying on hormones and antibiotics, Haven says her family always resisted the urge. As a result, the soil has remained chemical free, and so have the cattle, which are strictly grass-fed.

“Being sustainable was what we were before it was cool,” Haven says, “before they gave us a title for it.”

Nearly a century ago, neighboring farmers started turning to the Haven farm not just for their produce, but for their byproducts. The Havens harvested the manure by the patty, dried it, processed it and packed it into giant bags. The farmers brewed a “tea” from the manure in massive tanks and irrigated their fields with it.

Haven’s approach is exactly the same, only on a smaller scale, for home gardeners and houseplants. She still scoops up the patties, processes them and packages them – all by hand – and sells them in 5-inch-long tea bags, good for about five gallons of soil conditioner tea.

“There really is a food movement going on,” says Haven, who has used social media like Twitter to reach thousands of organic gardeners looking for alternatives to grow their own food without chemicals.  “I look at my computer screen like it’s the door to my store,” she says. “People come to visit and I come to share with them.”

That may sound like a different operation than her great-grandfather’s seed farm, but Haven says the commitment to healthy soil hasn’t changed. And now, the healthy soil on her farm is going to make healthier soil at her customers’ homes.

“From the soil in my pastures that produce the grass that my livestock eat, to the product they produce, to the tea that goes into the soil of the end grower,” Haven says. “People talk about the circle of life, and that’s what it is.”