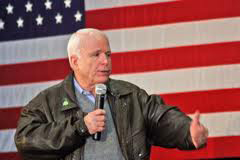 As gas prices rose, so did John McCain’s popularity. That’s no coincidence, agreed a panel of environmental thinkers gathered a few blocks away from the Democratic National Convention in Denver.

And, they said, that’s the Democrats fault.

“Average people paying $4 at the pump were saying, ‘OK, what’s the plan?’ and there wasn’t a plan,” said Sen. Ben Nelson, D-Neb., a former two-term governor.

“In an environment in which, frankly, the American public and the American electorate continues to be a lot more concerned about energy prices than about climate change, that is a losing proposition,” said Ted Nordhaus, who co-wrote the essay “The Death of Environmentalism,” which sent a shockwave through the environmental community.

The panel was part of a two-day session on the future of environmentalism presented by the liberal magazine The New Republic. The magazine called in leading environmental thinkers to talk about what public policy can – and can’t – do to address environmental issues like global warming.

It was one of a host of events taking place in the orbit of the Democratic National Convention. Delegates, and in some cases, non-delegates, can choose from an array of lunches, dinners, parties, panels and protests, all capitalizing on the pinnacle of Democratic politics taking place at the Pepsi Center.

The New Republic brought legislators like Nelson, and Sen. Jeff Bingaman, D-N.M., and put them alongside the likes of Nordhaus and Sierra Club President Carl Pope. Despite whatever difference they may have, a group gathered on Tuesday at Denver’s famed Tattered Cover bookstore agreed widely.

Fixing the energy crisis shouldn’t foist higher fuel bills on people, they said, and the people have to be brought along with environmental fixes.

And while Republicans managed to capitalize on energy issues, and Democrats took stabs at them, outside the presidential debates, the two sides don’t seem to far apart they said.

In some ways, Pope said, the issue has less to do with politics than a lack of innovation. Plumbers looking for a fuel efficient pickup truck will have trouble finding one he said. The average homeowner in the average subdivision will have trouble buying a home with an efficient heater installed.

“If we do this right,” Pope said, “Our energy bills will go down and not up.”