Michelle Jaconi left behind 18 years in broadcast journalism—12 with NBC’s Meet the Press and six with CNN—to become executive editor of the Independent Journal Review, a brash social-first media upstart based in Alexandria, Virginia, with an out-of-the-mainstream, right-of-center approach.

Jaconi, then 40, landed in a newsroom full of 20-somethings. Located in an industrial space in Old Town, the floors are concrete, and open tables take the place of cubicles. Journalists hover over MacBooks and relax on the rooftop deck. There’s a margarita machine, but no fax. Staffers prefer Gchat and animated GIFs to email. Jaconi bought three pairs of jeans and got to work. “I have always been kind of the ingenue,” she says. “Now I’m the wise elder. It’s incredibly laughable.” 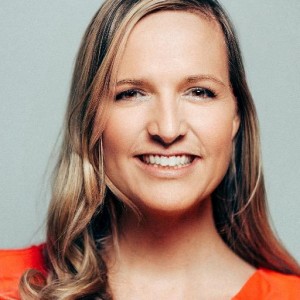 Since Jaconi came on board, the Independent Journal (it dropped the “Review” in September and is now commonly called IJ) has had some big wins. In June, IJ announced that it will team up with ABC News to host a Republican presidential debate in February in New Hampshire. Then, in July, GOP presidential candidate Lindsey Graham came by the IJ offices to destroy his cellphone on camera (a poke at rival Donald Trump, who revealed the South Carolina senator’s personal number on TV). The video scored more than 2 million views on YouTube.

Bethesda Magazine talked with Jaconi about the future of journalism, balancing work and family, and her predictions for the 2016 election.

For the rest of the interview, visit Bethesda Magazine.